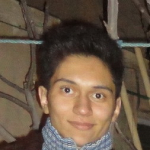 Jixerman was born and grown up in RK and by the age of 12 he was admitted in gifted school and he studied 5 years there till he got sacked because of lazyness and low grades . When he was 17 years old , hecame back to a normal high school in his own city , RK . By 2011 he tried for High School Council election as pink pillow and as expected he had been elected . Although he did nothing in the council but it was enjoyable for him as he said [1] .

by 2012 he couldn't be admitted in University entrance exam . He tried again in 2013 and he screw up again because of his addiction to the American serials . and right now he is jobless and he is searching for a job .

He often spends his free time to play Dota and Watch serials . sometimes he writes sth for his own self . also a huge fan of Rock N Roll .

Retrieved from "https://californication.fandom.com/wiki/User:Jixerman?oldid=4203"
Community content is available under CC-BY-SA unless otherwise noted.